Our review of the new

The Audi Q3 is a sharp-suited and a practical midsized crossover SUV, with plenty of features

Audi was one of the first premium brands to embrace a compact SUV and the concept. The Q3 launched in 2011, and it was an Audi first, a small SUV with 4-wheel-drive.

Since then, the SUV segment has grown enormously with numerous rivals trying to muscle in on the Q3, and its position. So the all-new Audi Q3 isn’t going to have things its way – second time around.

Audi has certainly tried to make a substantial distinction between the Q3 and its siblings, employing a more striking design than the original edition.

The Q3 borrows many of the design cues from the flagship Audi; a large front grille is dominating the front of the car, while their designers have worked in plenty of sharp creases and strong lines into the body of the vehicle. Less elegant than say, the new Range Rover Evoque perhaps, but it still looks the part from any angle. 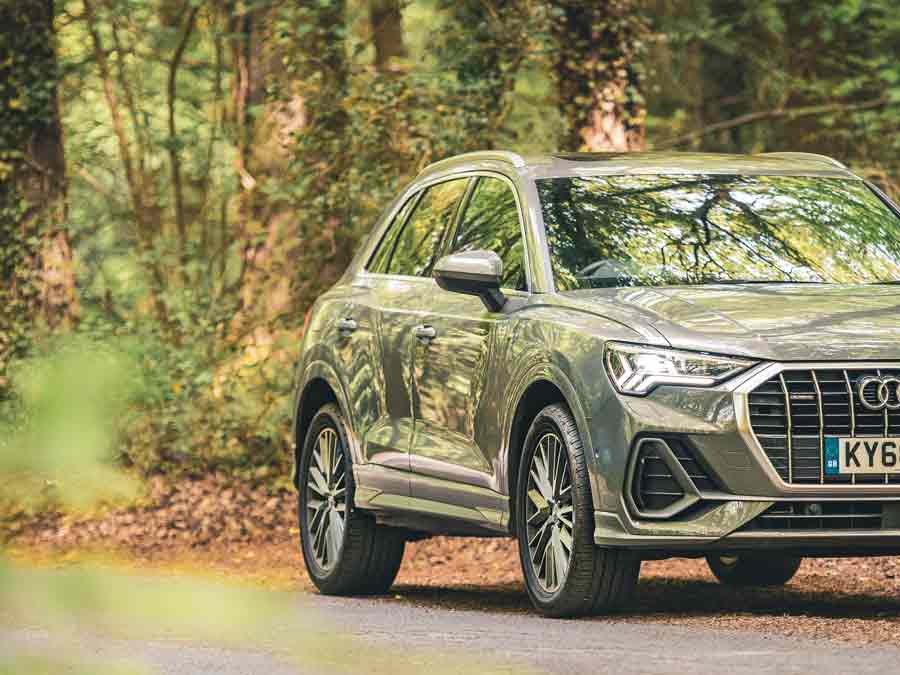 The new chassis is now 10cm longer than the outgoing model – again, helping separate it from the other ‘Q’ Audi’s. A longer platform means there’s far more interior space, notably in the back, where two adults can sit comfortably on long haul journeys. 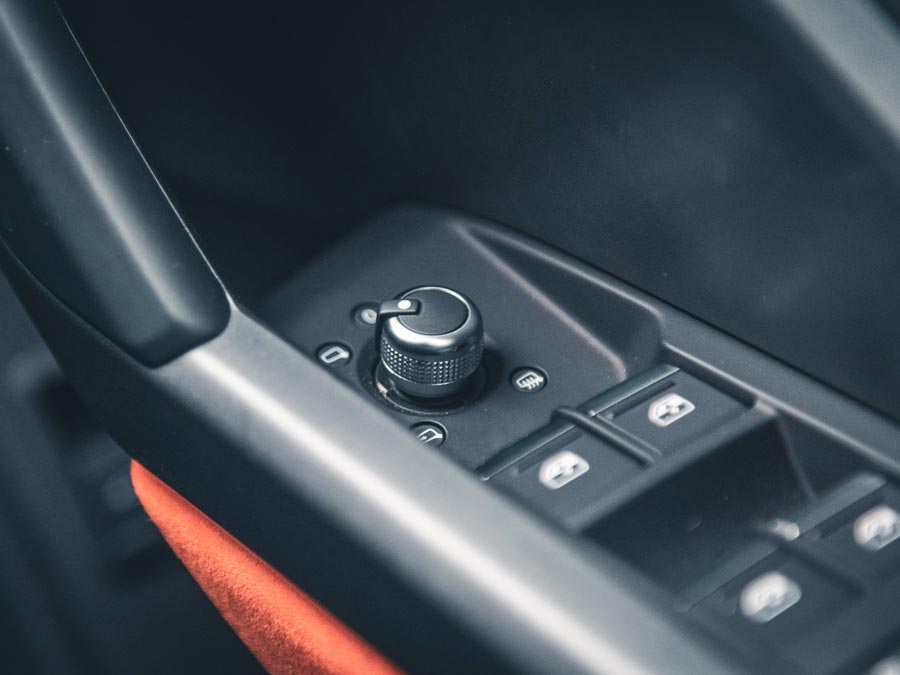 If your days are spent ferrying children around then, you should benefit from the adjustable rear seats. We found rear seat adjustability useful as they can be position further forward by up to 150mm. Selecting this position allows you more boot space, so its easier to squeeze in prams and bulky items into the load area. That said, its boot is still decent, over 500 litres without adjustment and that’s big enough for most younger families.

Advanced technology through the range

Even the base-level Q3 has a decent smattering of gadgets, including a 10.25-inch Virtual Cockpit (though a 12.3-inch version is available on high-end models) that replaces a traditional speedo and rev counter. Virtual Cockpit can be tailored to display your choice of display, and on the slick touchscreen located in the centre console. Integrated into the dash, with the large screen rich in detail, and as we’ve experienced on other recent Audis, delivers a pleasing haptic response when used. 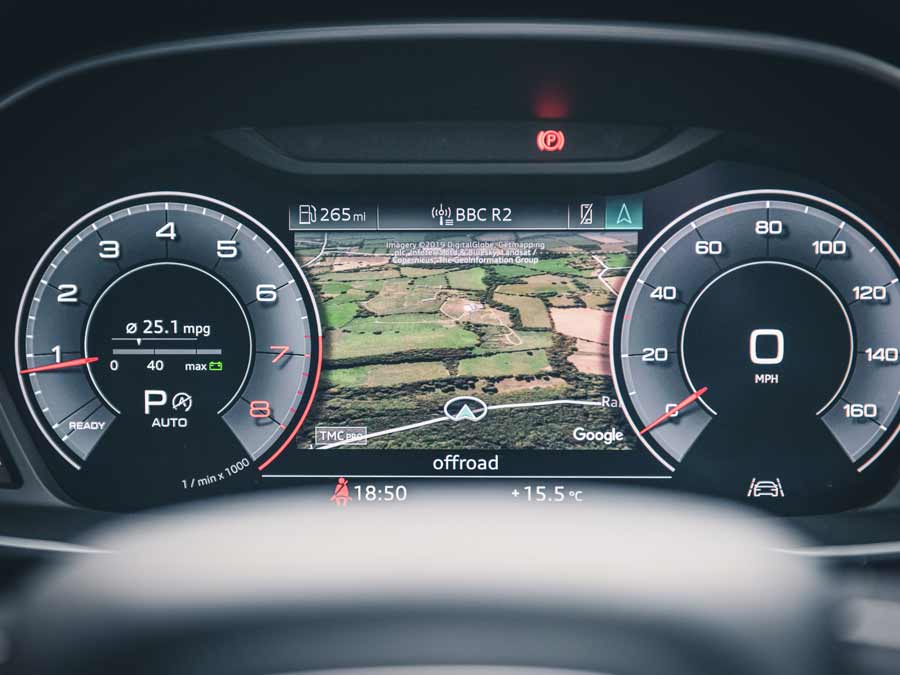 The screen is also cloud-connected as standard, which means you get real-life traffic reports, while there’s the option to set-up a Wi-Fi hotspot.

The Q3 enjoys a high-end Bang & Olufsen Premium Sound System. The B&O sound system uses 15 speakers and produces a total of 680 watts. Its four additional speakers in the dashboard use the reflections of the windshield, and one speaker per pillar to generate a 3D sound environment. A special algorithm that Audi developed in collaboration with the Fraunhofer Institute adds impressive width and depth to the sound – the interior of the Audi Q3 sounds larger. 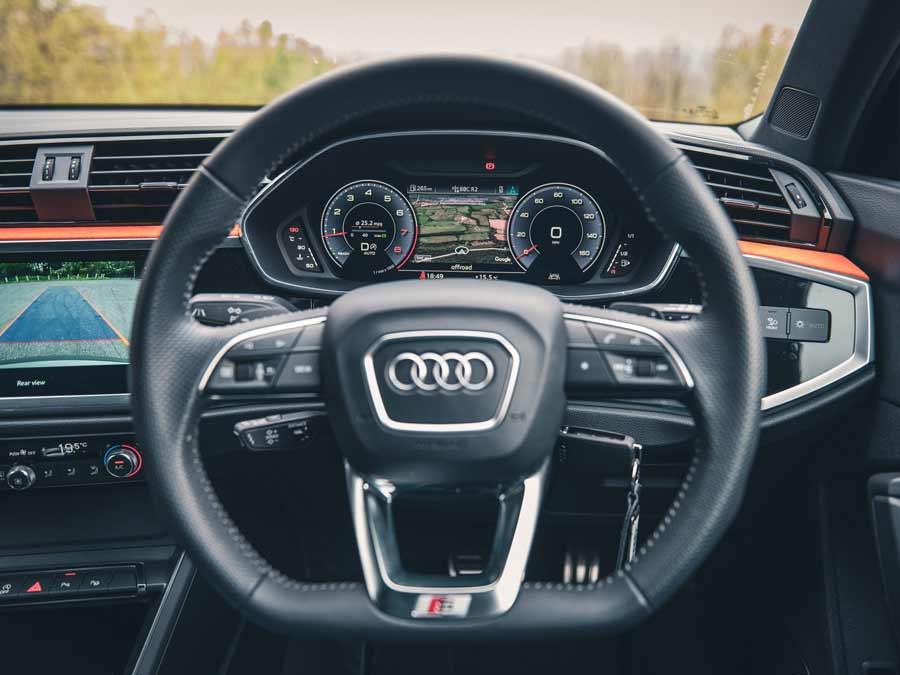 The fit and finish of the interior isn’t a disappointment either, with plenty of pleasing soft-touch materials and other quality finishes and switchgear. These high-quality finishes produce a classy feel in the cabin.

Q3 owners can also take advantage of the myAudi app, which enables seamless transmission of navigation routes. Plot your journey before you leave on your smartphone, and as soon as you jump in the car, route guidance is ready on screen. As well as this, it’s also possible to stream music, remotely lock and unlock the vehicle, check the car status and pinpoint where the car is parked (if you’re one of these people that forgets where you’ve parked). On a cold morning, you can also operate the optional auxiliary heating using the myAudi app. 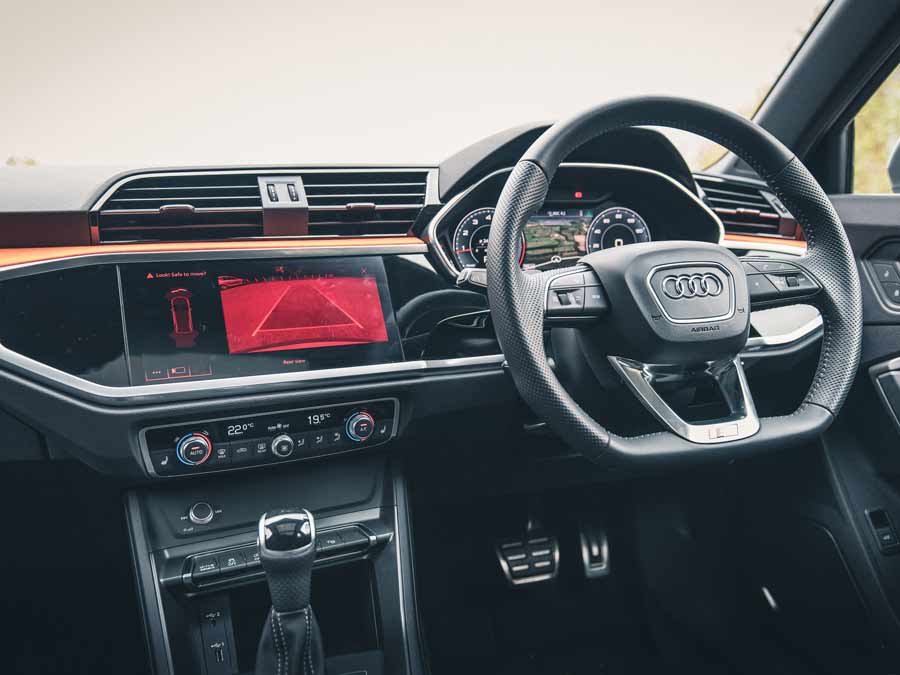 It’s also easy to connect your smart device, with two USB ports up front (with the optional Audi music interface), with one type C. There’s also two USB sockets and a 12 V socket for the rear are available. AMI also establishes contact with both iOS and Android mobile phones to bring Apple Car Play or Android Auto environment onto Q3’s display.

Audi offers the Q3 with the choice of three petrol engines and two types of diesel. The entry-level model is the 1.5 litres 35 TFSI petrol with 150bhp followed by the automatic-only 2.0 litre 40 TFSI petrol with 190bhp, along with two 2.0 litre diesel, the 35 TDI with 150bhp and the 40 TDI with 190bhp. The choice of manual or automatic and Audi’s four-wheel-drive Quattro technology depends on engine choice.

We tested the 45 TFSI petrol engine and rated it highly. The engine terminology is confusing, but its a 2.0L with 227bhp, Quattro four-wheel drive and a 7-speed automatic gearbox. This engine is widespread across the entire group of Audi cars. 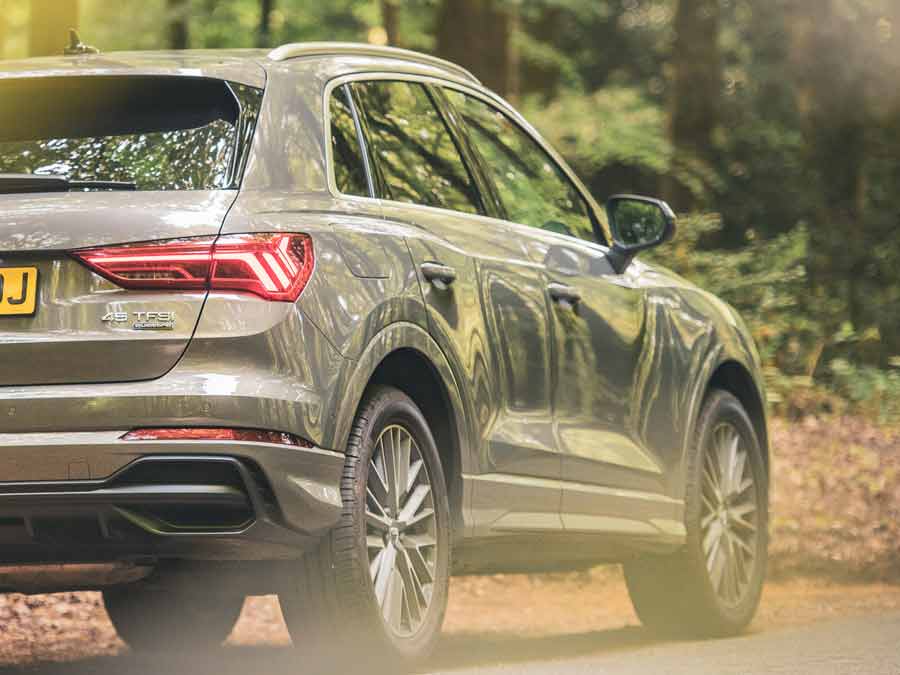 Performance is excellent – don’t quite expect GTI levels of performance as it’s quite a bit heavier, but you’ll still get to 60mph in 6.3 seconds if you opt for the Q3’s Dynamic driving mode. This sharpens up engine performance as well as ride and handling.

It’s good fun on a windy B-road too, with accurate steering and a decent amount of grip coming from the tyres, meaning you can push into corners with a right amount of speed. However, it’s a more natural environment though is the motorway, where it happily eat through the miles, making it an excellent motorway cruiser.

Audi is not holding back with the Q3, improving on the outgoing model in pretty much every way. The chiselled styling means it looks much sharper, while the cabin is cute and classy, thanks to a generous amount of technology on offer. The Q3 is a solid performer on the road too. So if you’re in the market for a compact SUV, this should undoubtedly be on your list. 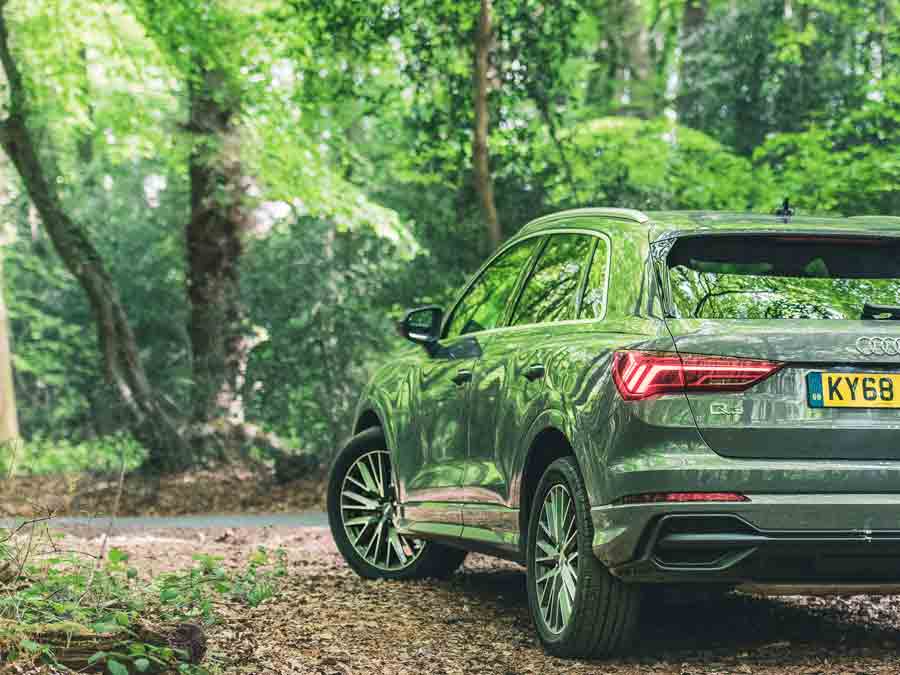