Our review of the new

When Land Rover took off the covers, from the original Range Rover Evoque back in 2011, it heralded a new era for their brand. It was the company’s first baby SUV. The Evoque sported a slicker design than we’d seen on previous models, it became an instant hit with more fashion-conscious drivers and those who wanted a compact Range Rover. It wasn’t a case of style over substance, with the Evoque still having the chops to take on the rough stuff if needed.

With over 750,000 sold worldwide, its undeniable the Evoque has been a massive success for Land Rover, and one of the best baby SUV options out there. Eight years on from launch, and with the competition getting ever more aggressive, it’s time for a second-generation Evoque to take the fight back towards its rivals.

As a winning formula, Land Rover hasn’t been tempted to tinker with the design that much. The new, second-generation Evoque sees it share a similar silhouette to the outgoing. Still, the design has been freshened up, looking much cleaner and more closely related to the sleek-looking Range Rover Velar – launched by Land Rover last year. 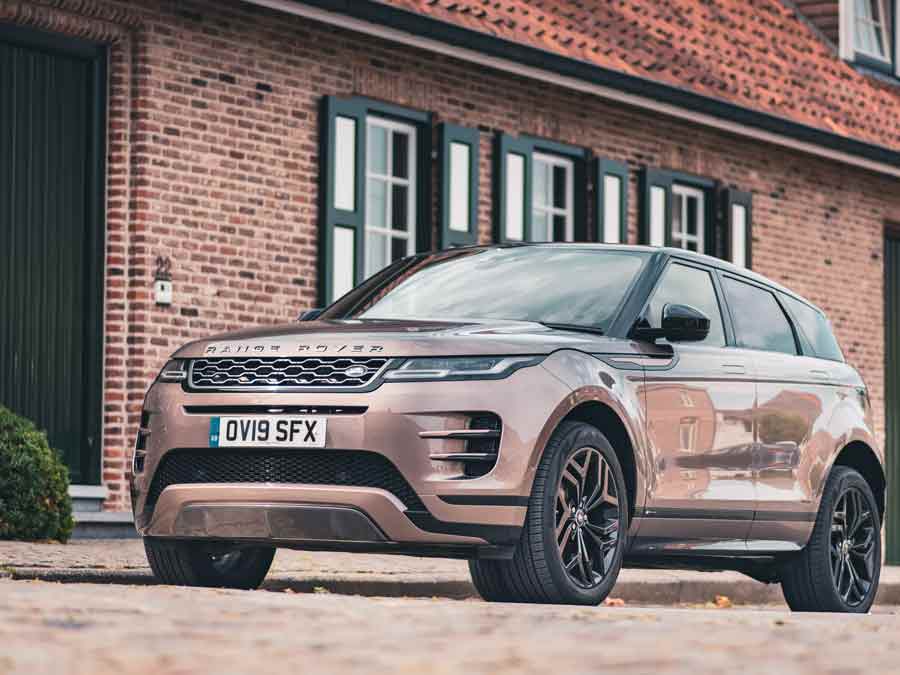 The new Evoque features some beautiful little design cues, including flush-fitting door handles that deploy when you unlock the car. Matrix-Laser LED headlamps enhance the elegant lines of the vehicle, and to shine even brighter than before. To our eyes, the Evoque is one of the best looking, small SUV going.

Somewhat refreshingly, Land Rover’s kept the dimensions of the new Evoque pretty much identical to the older model, only 1 millimetre longer and 4 millimetres wider than its predecessor, with the car measuring 4371 x 1659mm. As for height, and the Evoque has shrunk by 11 millimetres to measure 1649mm high. The reasoning for keeping the size pretty much unchanged is because compactness is a crucial consideration for potential buyers, while those looking for something larger have the Velar up the range. 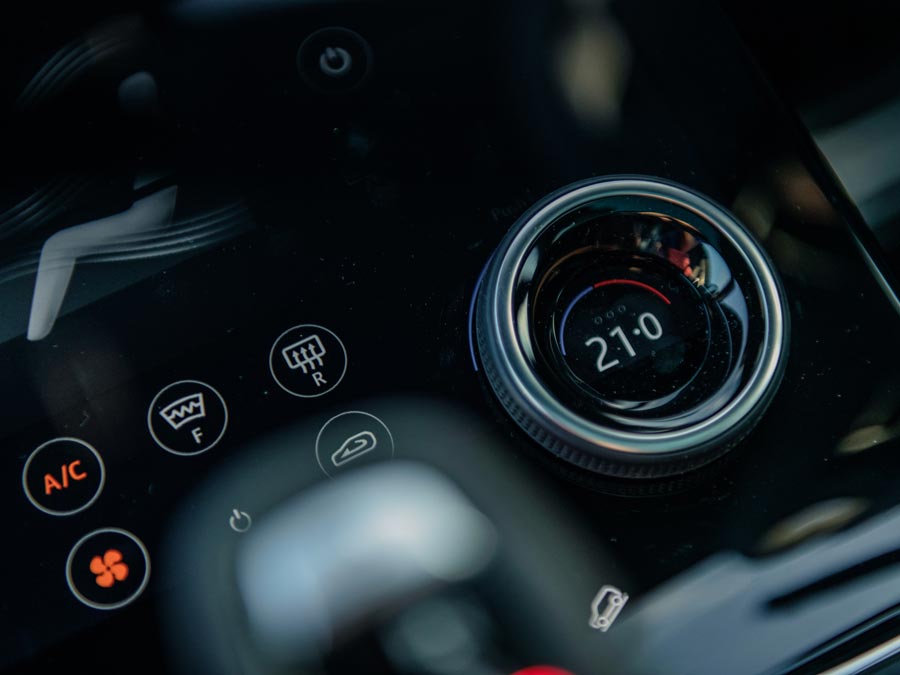 Despite not growing in size, interior space hasn’t been compromised, with plenty of space up front for tall occupants, while there’s a decent amount of storage space as well, with a good-sized glovebox and a cubby under the central armrest. If you’re going to be undertaking regular long journeys, you’ll soon appreciate the incredibly comfy seats and spot-on driving position.

In the back, and thanks to the slightly longer wheelbase over the previous model, there’s a bit more space. It’s now one of the roomiest small SUVs for rear passengers, with proper levels of legroom and head height. Passengers certainly aren’t going to feel cramped in the back, whether they’re kids or adults.

The Evoque might be the first step in the Range Rover model range, but there’s nothing entry-level about the interior, with the cabin of the Evoque a lovely place to be. 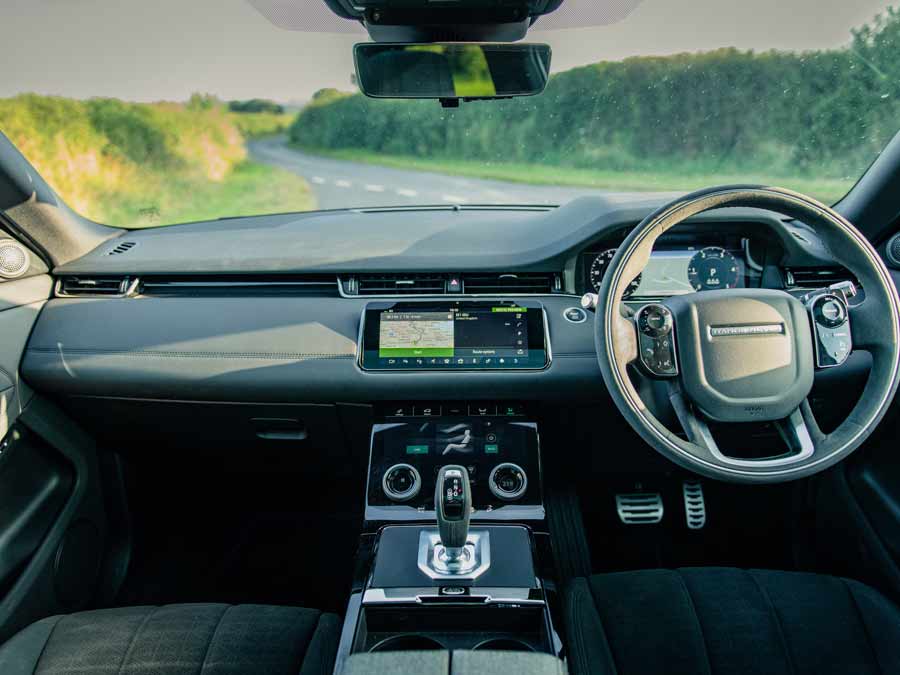 The materials Land Rover has chosen are suitably luscious. While you can spec leather seats, there is an option for a premium upholstery developed by Danish textile experts, Kvadrat. Take up this option, and these seats are all made from a durable wool blend, combined with a technical Dinamica suede-cloth using 53 recycled plastic bottles per vehicle! Go with this option and your Evoque has a tactile suede steering wheel also made from recycled plastic. Don’t let this put you off – the look and feel of the interior are distinctly upmarket.

The Evoque also benefits from Jaguar Land Rover’s lustrous Touch Screen Duo interface – something we’ve already seen on the Velar and Jaguar’s I-Pace. With two large screens and dual ‘floating’ dials to control it, it’s allowed the designers of the Evoque’s interior to keep exterior controls to a minimum. 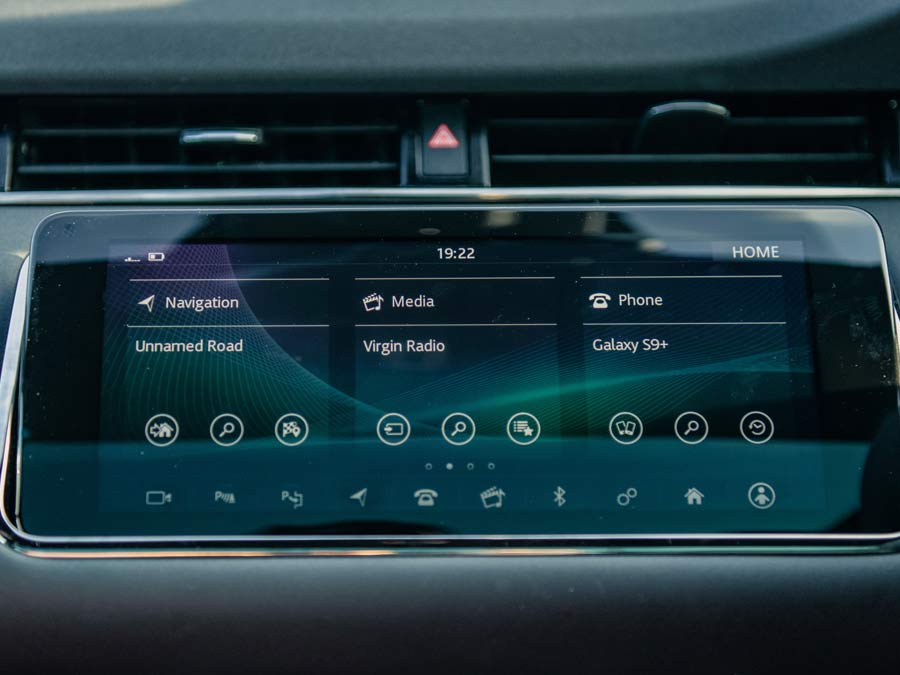 The top screen gently tilts forward when you start the car. It also provides access to the sat-nav, stereo and phone connectivity. The bottom screen provides additional control for climate settings, seat function and driving modes and complemented by capacitive controls on the steering wheel and a 12.3-inch virtual dash with four configurable modes. 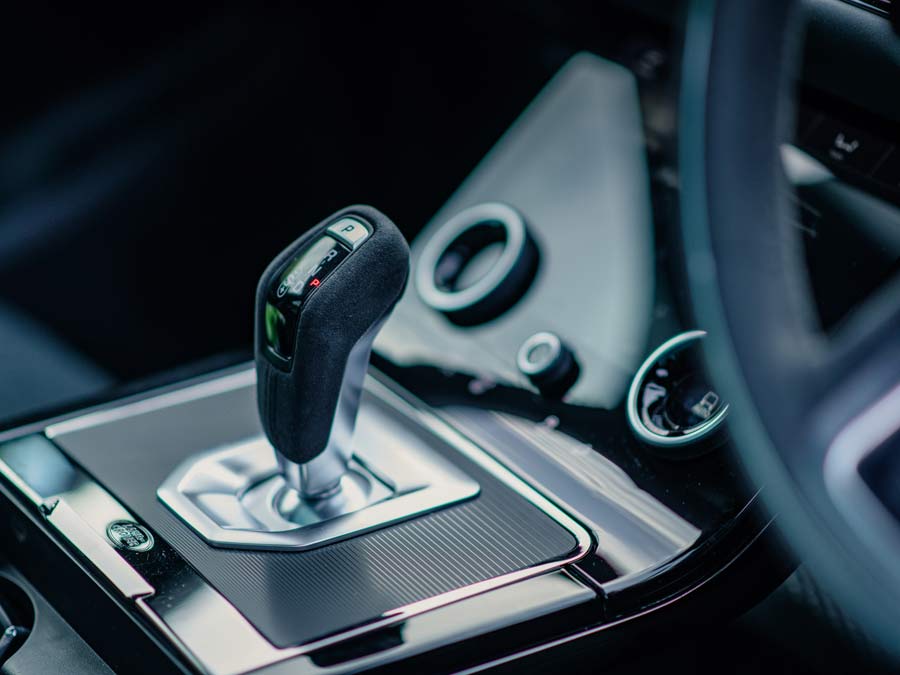 Every Evoque generously comes with front and rear parking sensors and a reversing camera as standard, while the optional ClearSight GroundView technology makes the bonnet appear transparent. This isn’t a magic trick, but instead, a feed is taken from the cameras mounted on the wing mirrors and front grille and merges these into a single display to give you the impression you’re looking ‘through’ the bonnet. More than just a gimmick – it’s designed to help you traverse tricky terrain, allowing you to keep an eye out for unseen obstacles close to the ground so you can avoid dinging your pride and joy.

ClearSight technology has a secondary application; its rear-view mirror doubles up as an HD monitor. So should rear-view vision get blocked because of a packed-out boot or tall passengers positioned in the rear, now you can flick a switch, and your mirror changes its display to a live feed, directly from the Evoque’s rear-facing HD camera.

Based around Jaguar Land Rover’s all-new Premium Transverse Architecture, the Evoque’s petrol and diesel engines are complemented by a mild-hybrid 48V system. The system will cut the engine off below 11mph, rather than when the car comes to a stop. Cutting off the engine is designed to help improve the efficiency of engines, there’s also a starter generator to assist with acceleration. If you’re interested, there’s a dedicated plug-in hybrid version expected soon.

As we’ve touched on, the Evoque has a good driving position, while the steering delivers pleasing weight and slickness. There’s body roll when you chuck it through the corners, but that’s to expect with an SUV. There’s plenty of traction though, and we found that the automatic gearbox seamlessly shifted through the gears. Combine this with the supple suspension that delivers a smooth ride and quiet cabin, and long-distance journeys won’t be an issue. 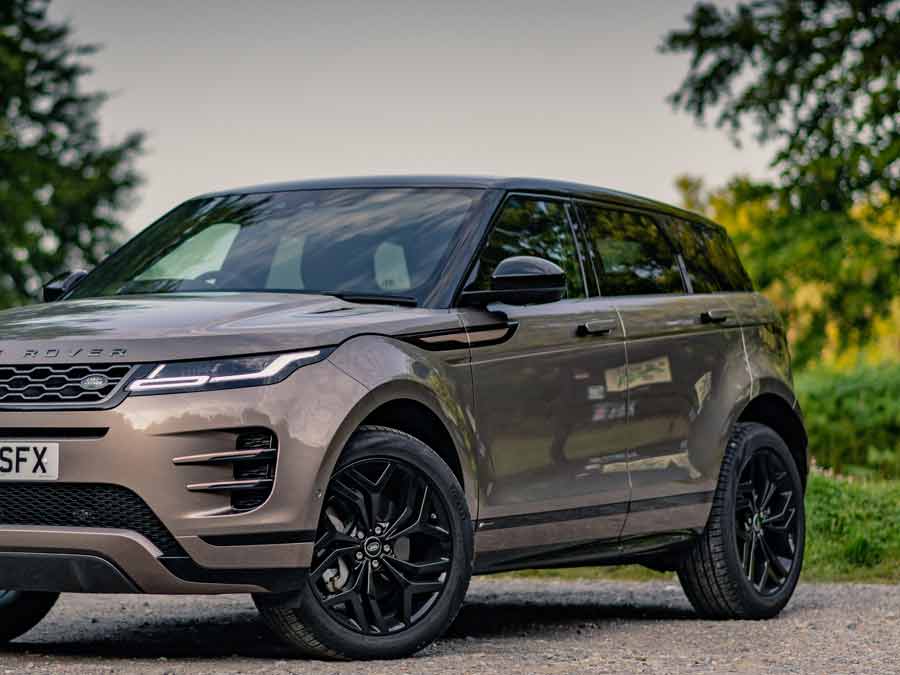 Should you want to take it on the rough stuff, then the Evoque is more than up to the job. Except with the entry-level D150, all get four-wheel drive, while should the heavens open, you can wade through water up to 60cm deep quite happily. Clearance is also decent, while it’s loaded with plenty of intelligent off-road traction electronics to see you happily ascend and descend steep inclines without too much drama. It’s safe to say that this is the best baby SUV out there when it comes to off-roading.

While it might be one of the pricier mid-size SUVs available, you’re not left disappointed with the Range Rover Evoque. It oozes class, with its sleek looks certainly making it stand out from the crowd, while the sumptuous interior doesn’t fail to impress.

Its handling feels good; while the company’s renowned off-road engineering means that should you need to take it off-road, it’ll perform as you expect a Land Rover should, making the Range Rover Evoque one of our favourite mid-size SUVs. 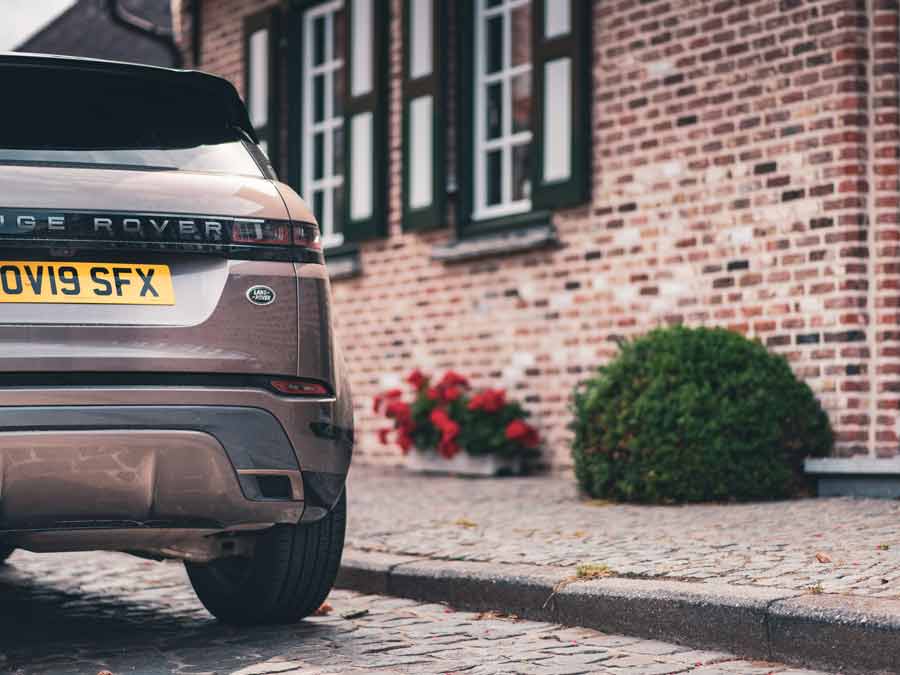